Inspired by her time with family in Baja, Chef Kendra brings us her take on a Mexican birria. The Prairie Street Prime Kosher 2nd Cut Brisket adds the perfect amount of fat to take on the sweet earthy flavors of cumin and cinnamon while punching through the heat of the Serrano chilis and chipotle. A luscious braise that is surprisingly simple to prepare for your next Kosher fiesta! 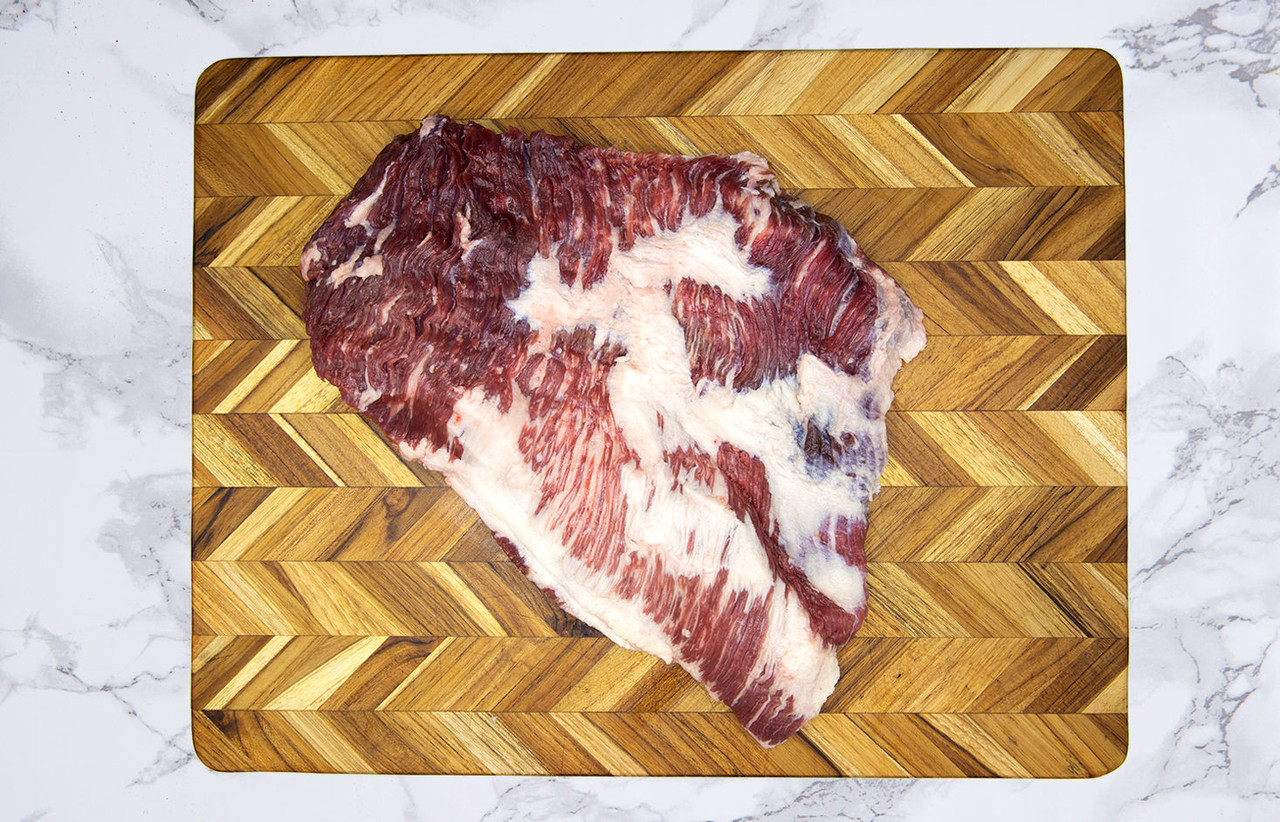 WANT A LITTLE HELP WITH THIS RECIPE? ASK OUR EXPERT CHEF!

To Prepare the Kosher Baja Braised 2nd Cut Brisket Preheat your oven to 275F.
Using a paper towel, remove any extra moisture from each piece of your brisket. Generously season each side with Kosher salt and freshly ground black pepper, and then about a half teaspoon each of cumin and cinnamon. Allow the meat to rest while you prepare the base of the braise.
In your mortar and pestle (or using a small food processor), prepare your garlic cloves with Kosher salt into a rough paste. To that add your Serrano chili, fennel seeds, oregano, ½ teaspoon cumin, and ½ teaspoon cinnamon, and grind to break down and incorporate. Add two to four chipotles with sauce to the mortar and incorporate into paste.
Over a medium flame, heat a heavy bottom cast iron skillet and add your extra virgin olive oil. Sear both sides of each piece of the brisket. Once a nice caramelization has formed on both sides of the brisket, place them both in the skillet and reduce the heat to low-medium.
To the skillet add your Kosher dry red wine, crushed red tomatoes, white onion, celery, and carrots around the meat. Top the brisket with all of your Baja-esque paste. Cover your skillet with a tight fitting lid and cook in the 275F oven for about three to four hours.
Check your brisket for an internal temperature of about 205F. Remove the brisket from the sauce and allow to rest on a cutting board for about 30-40 minutes. For the braise, carefully puree it into a smooth sauce in the skillet using an immersion blender.
Slice your brisket into thinnish slices against the grain and serve over white rice with plenty of sauce, spring onion, cilantro, and wedges of lime.
Serve and bon appétit!